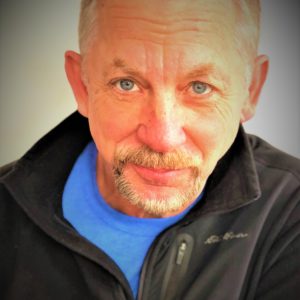 Dean was diagnosed with Leukemia and Lymphoma in a pre-surgery blood test when he was electing to have a total knee surgery in 2006.  He had been fighting a losing battle with cancer for 8 years, and in 2014 he made a drastic change.  Dean has now been stable for 6 years!

2014 was the year that Dean decided to become the first person to swim the entire 184 mile length of the Willamette River as an active cancer patient to inspire other cancer patients to refuse to give up their dreams due to their diagnosis.  After swimming 22 days in 40 degree water, Dean had the power to heal his Leukemia and put himself into radical remission.  Here is his story in his own words:

“I was not doing well. My numbers were going in the wrong direction. I had lost my wife 15 days before our 30th anniversary and was grieving the loss terribly. I was down to 159 lbs. (and I am 6’1”). I decided that I needed a purpose to give my whole heart to. I found an old journal that I kept as a 12 year old. It reminded me that I had always wanted to swim the English Channel. As crazy as it seems, that is the only thing that made me excited about living. So, against my doctor’s advice, I got in a public pool on August 13, 2013 and started swimming. The first day, I was only able to do 11 laps. It took me over an hour! But…I felt alive. I felt like I had purpose again. By November, my numbers were going in the right direction, I was gaining weight and my head was starting to clear. I realized that if I put on a Speedo and swam to France, it did the world no good. I started asking prayerfully, how could I do this same challenge and make it about something bigger than me.

I soon found that the longest river in my home state of Oregon (the Willamette River) had not been swum. I decided to become the first person to swim its entire 184 mile length or die trying…literally.

This challenge gave my life meaning. To accomplish this, I would have do everything in my power to make my body and mind stronger. I cleaned up my diet, started juicing kale and granny smith apples, getting more sleep, and meditating at least once daily.

On June 3, 2014, I got in the Willamette River. I swam 3-5 marathons a day for 22 days (taking every Sunday off) and on June 27th I swam into the Columbia River to become the first person in history to swim the entire length of the Willamette.

I partnered with the Leukemia and Lymphoma Society to raise money and awareness for cancer research.

After the swim, I knew I felt significantly better. When I went down to UCSD the next March, Dr. Castro was shocked to find that the CLL was gone. He said that he had never seen a radical remission of CLL in his 30 years as an oncologist and that if he had not done the blood tests himself, he would think I had been misdiagnosed.

My lymphoma didn’t go away, however. I had read the research from Nippon University about “Shinrin Yoku” or “forest bathing.” Before I would relent to chemo, I decided to run a 6 month experiment on myself. I started spending one full night every week in the Mt. Hood Wilderness with nothing but a sleeping bag and a backpack hammock deep in the forest and about a mile off any trail. I began this routine in May of 2015 and by March of 2016 my lymphoma was gone. I have continued these practices and stayed cancer-free.”

When asked if he had any thoughts about what may have caused his health challenge in particular, or what causes it in general, Dean replied:

“I am a licensed therapist who specializes in anxiety and trauma. For 3 years before I was diagnosed I saw mostly sexually traumatized clients more than 30 hours a week. I think I didn’t have enough respect for how much secondhand trauma I was constantly absorbing from hearing the worst stories of rape and molestation all day, every day. Also, while I always exercised, I didn’t manage my diet well, slept little, worked too much and was chronically stressed out. Being from my generation, I was taught to repress my emotions and never display them. This led to chronic unresolved anger and fear.

After my wife died of brain cancer, the grief was too much. It took all of these weak areas and magnified them.

I believe that cancer has two main causes:

1. Poisoning- Some people are poisoned either through what they ingest or by environmental factors.

2. Unexpressed negative emotion/trauma – Many of us simply are not taught how important it is to feel and release our negative emotions. A chronic state of unexpressed emotions leads to constant tension in the body that suppresses the immune system until cancer has an optimal breeding ground for disease.”

For more on my journey, please visit my website https://www.swimminginmiracles.com/

EDITOR’S NOTE: As of April 2022 Dean is thriving post-diagnosis.

I have a cold water immersion tank (Morozko Forge) in my garage that I keep at 40F. I get in it first thing every morning for 5 minutes and then after long workouts. The work of Wim Hof has found that routine exposure to freezing temps boost the immune system and metabolism as well as take down inflammation. I, also, spend at least one full day every week out deep in the wilderness with nothing more than my hammock and a good book. It’s the most efficient reset/stress reliever I have ever found…and, as you know stress is a killer. am working with a filmmaker who has had a couple of documentaries on Netflix to capture my story. We hoped it would be out by next June, but due to the pandemic, plans keep getting pushed out. I have at least 3 more world-record extreme distance swims planned around the world that also depend on my ability to travel. I think the most important message I would like to highlight is that the “best way to fight cancer is to love life.” None of us, (active patient, recovered, never been sick) know how many days we have. We must squeeze every day for what it’s worth by living out our passions fully!

To receive an email any time Dean’s profile is commented on or updated, scroll to the bottom of his profile and click “subscribe.”